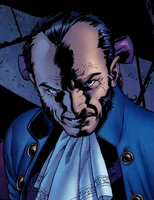 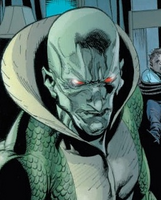 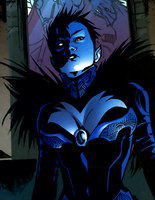 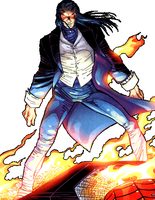 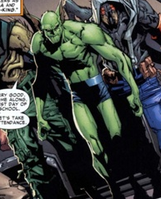 Splicers (Group)
Add a photo to this gallery

Formed from the ashes of the Gotham branch of The Helfire Club having grown to control the majority of of the eastern territories of North America in the name of Darkseid and Hel.

Utilises Symbiots, created by The Jackal in his Soup Kitchen in Berlin, from mostly Spider-Man DNA, to police Gotham and other held states.

Due to their politics of domination and superiority the New Order often find themselves in conflict with Final Solution, Hydra, and other pro-human groups, not least The Authority, as well as anyone who stands for tolerance and equal acceptance (including of course S.H.I.E.L.D)

The Order has close ties to The Genoshan Empire of Africa.

Engaged in a three way civil war with The Authority andS.H.I.E.L.D's Resistance for control of the continent.

Led by The Black King (Sebastian Shaw, Governer of Gotham)

Retrieved from "https://ageofdarkseid.fandom.com/wiki/The_New_Order?oldid=42314"
Community content is available under CC-BY-SA unless otherwise noted.