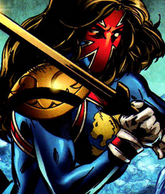 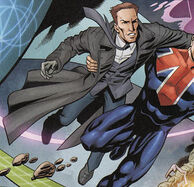 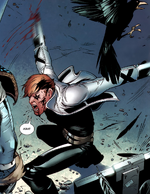 The Fury
Add a photo to this gallery

The Resource Control Executive of what was once The United Kingdom.

The R.C.X took control in the aftermath of The White Event in an effort to re-establish order to the country, though being eventually blocked and marginalised by The Prophets in the years that followed.

The R.C.X now operates as an underground resistance, working to subvert and topple the Helion rule that has destroyed the country.

Black Water are the special operations and intelligence arm of The R.C.X, sanctioned to fulfill directives by any means necessary.

To the end of re-establishing a legitimate visible government the R.C.X has been principle in re-forming The House of Lords, who up to this point have gained a foothold in the North, with their seat of power in York.

The R.C.X is on semi-friendly terms with the resistance team Excaliber and the two are ableto work together at times, when their immediate agendas match.

The House of Lords

Retrieved from "https://ageofdarkseid.fandom.com/wiki/The_R.C.X?oldid=42279"
Community content is available under CC-BY-SA unless otherwise noted.